Bachata, Salsa, Cha Cha, Oh My! What’s the Difference? Which Should You Try? 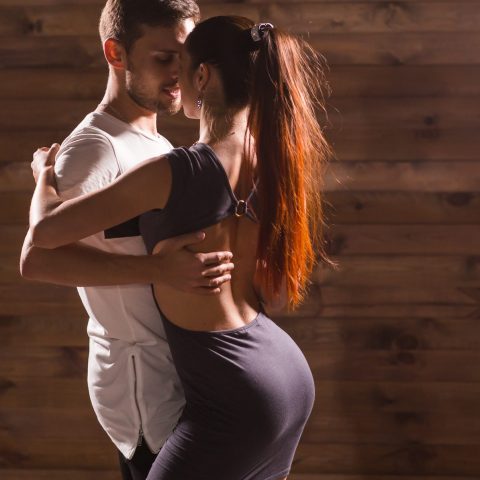 If you thought of two negative factors affecting every person, they would be either stress or depression. In many cases, people suffer from both.

What if there was an activity to help relieve the symptoms of both? What if that didn’t involve laying on a couch or taking pills?

The solution may sit only a few miles from your house.

Social Latin dancing. Yes, indeed, this wonderful activity has risen in popularity over the last decade. The people invite outsiders in and greet them with warm, open arms.

Believe it or not, with a few minutes of basics, you can take steps toward better health.

Ready to take some “steps” toward better mental and physical health?

Latin has a few major dances and some minor ones as well. This article will focus on the major dances you will encounter at the club.

Salsa, bachata, cha-cha, and merengue step forward as the major dances. Each dance has its own beat, style, patterns, and movements. Start by learning one, then add the next dance as your comfort level grows.

You do not need to come to your first class an expert. Most seasoned dancers enjoy teaching a newbie something.

Salsa arguably ranks as the most popular Latin dance. While the origins are cloudy, the most well-known forms today developed in New York in the 1970s.

From there it had two offspring. The beginning beat and the feel of the dance determine the style.

The more common dance begins on beat one. To recognize this style, look for crisp turns and flashy movements.

The other style begins on beat 2. This style, while still the same dance, appears more moderate and fluid.

As a lead, it isn’t necessary to know both styles or even tell your partner which style you’ll dance. Based on the music, they will feel when to follow you. As a follow, count with the music and go when your partner “tells” you to go.

Learning salsa retains its value no matter where you go, people dance salsa around the world.

Bachata comes to us from the rural neighborhoods of the Dominican Republic. At one time this dance was the slow, romantic dance of the peasants.

Lovers embraced by the fires while listening to almost mournful music on the guitar.

Bachata today keeps all of its original sensuality. The music, however, has evolved into faster and more festive tunes.

Because of this, people characterize the bachata as having lots of hip motion. Plus, it is a dance of lovers, and your hips don’t lie!

The correct name for this dance is actually the cha-cha-cha. Each cha signifies a half beat. The name of the dance mimics the sound of the feet as they chasse across the floor.

Perhaps you have heard someone counting 1-2-cha-cha-cha, 3-4-cha-cha-cha. While incorrect, it can help someone remember the basics. Numbers symbolize the rock step and the cha’s stand for the chasse.

The typical ways to count the dance are either 1-2-3-cha-cha, 1-2-3-4-and, or for some people 2-3-cha-cha-cha. Still, as long as your feet do the right thing at the right time, no counting method is wrong.

To identify this dance, look for the sophisticated steps and listen for the staccato music.

Don’t confuse this with meringue, which tops a delicious lemon pie. Merengue comes to the U.S. from the Dominican Republic, like bachata. This dance serves as the most casual of all Latin dances.

Its free-form and lightheartedness has allowed for it to mix in almost as many dance pieces as the salsa. Unlike the other Latin dances discussed above it has 2/4 time.

As it’s counted 1-2-1-2, you can count this dance even if you lack all fingers. Also like the bachata, this fun dance relies on the hips moving freely.

This dance makes a great second dance to learn after salsa. The simple steps and easy counting are perfect for a beginner.

Let’s put these dances on a head-to-head and see how they line up.

You count both with a 4/4 time signature, but salsa has more beats per minute. Both dances come with a potential pause. Bachata takes the pause to do a hip motion while salsa uses the pause to change weight.

You recognize the bachata by the hip motion and closeness of the couples. But you pick out salsa by the crisp motions.

Bachata steps go side to side with little forward or backward motion. Salsa tends toward forward and backward with the occasional flare to the side.

Lovers dance the bachata and everyone dances the salsa! Like literally, everywhere in the world.

Shut Up and Dance!

These dances, with their differences, allow people to experience the world in different ways. As you begin your journey in learning to dance, try not to view them as bachata vs salsa.

The two dances are not in competition with each other. Rather, try to learn all about the emotions you can feel from each dance itself. Also, learn the connection you can have with your partner.

Well, you know a brief history of the common dances you will run into. You even know a bit about how to count them.

All that remains is to get out there and start dancing. If you want to join in a class or see what dancing can offer you, get in touch with us here.