Dirty Dancing wins my heart for best dance movie at all time. Best Bet You Didn’t Know These 25 Facts About Dirty Dancing! 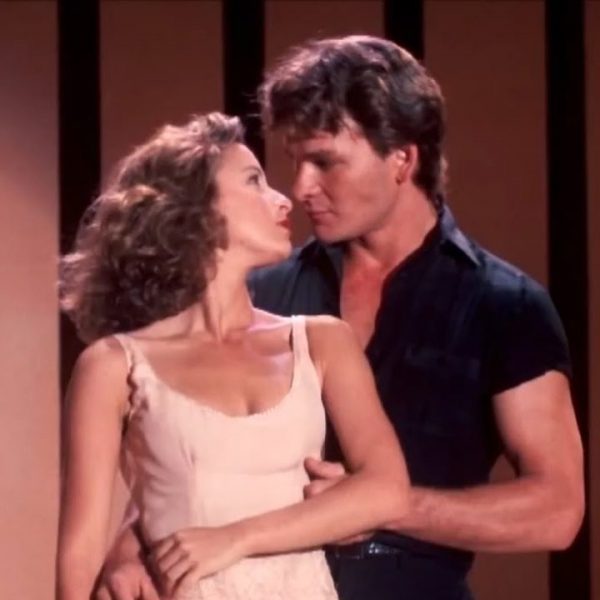 What is your favorite dance movie at all time? Step up? Dirty Dancing? Footloose? Scent of the women? I think I have watched all of them.

The one I have always been coming back to is the 1987 classic romance film, Dirty Dancing and despite its age, it is still a beloved movie around the world. It’s pretty hard not to think of all those famous scenes when Time of Your Life comes on the radio and we are forever wishing our summers could be spent dancing at the Kellerman’s resort. You may have watched this movie a thousand times, but I can guarantee there are a lot of things you didn’t know about your favorite movie!

1. Patrick Swayze and Jennifer Grey had some bad moments

Sometimes we get so attached to the characters that we forget that as soon as the camera stops rolling, that love they have for each other stops. Well, most of the time. Apparently, Patrick Swayze and Jennifer Grey didn’t quite get along and were fighting each other before every scene.

2. They didn’t get along in the past either…

Dirty Dancing wasn’t the first movie that the two stars did together. Grey and Swayze were in the 1984 movie Red Dawn and I guess that is where their tension started. The producers were definitely aware of their relationship and were hesitant to cast Swayze as Grey’s love interest.

Luckily, the two were able to work things out or, at least, fake it well enough to make it look like they have fantastic chemistry. That’s good acting!

3. Their ages didn’t match up with their characters 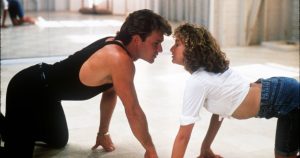 character. In the movie, Johnny is supposed to be 24-years-old while Baby is 18 but they weren’t actually that young in real life.

When Grey was cast to play the fresh outta high school character, she was actually two years older than Johnny! Swayze, on the other hand. was 34-years-old when the movie was being filmed. I guess the producers figured no one would really notice or care!

Sometimes, the script has to be adapted to the actor rather than the other way around and Dirty Dancing is a good example of that! In the original script, Johnny Castle was an Italian dancer with a dark exotic look. and 20-year-old Billy Zane was a good candidate looks wise!

The problem was, Zane’s dancing wasn’t all that good so they moved on and found the talented Patrick Swayze, who was actually a seasoned dancer. He definitely doesn’t look Italian, though, so they changed his character to make him an Irish lad!

5. Dr. Ruth turned down a role in the film

The writer of Dirty Dancing, Eleanor Bergstein, wanted her friend Dr. Ruth Westheimer to play the role of Mrs. Schumacher, an elderly guest at the resort. Besides being a friend of Bergstein, Westheimer was a well-known sex therapist, media personality, and author.

She turned down the role, though, because she didn’t want to play a thief. Paula Trueman ended up playing Mrs. Schumacher, who steals Moe Pressman’s wallet. 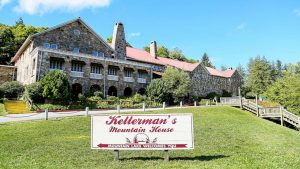 Most movies aren’t actually filmed in the location of the movie’s setting. As you know, Dirty Dancing takes place at Kellerman’s, a resort in the Catskill Mountains in upstate New York but the characters were never actually in the North.

7. They thought the movie would fail

On October 27, 1986, Dirty Dancing was complete but Vestron executives didn’t think the film was going to be successful. They didn’t get positive results on the screen testings and had a hard time finding a corporate sponsor for the film as many people didn’t like the abortion scene.

When the premiere of the movie was set for August 16, 1987, Vestron was only going to keep it in theaters for the weekend before sending it to home video. It is a good thing they didn’t do that because the film ended up $64 million in North America and $170 million worldwide!

8. Swayze said it didn’t fail because of its heart

The main male lead had a personal belief as to why this film didn’t end up being a flop like it was predicted. When being interviewed by the American Film Institute (AFI), he talked about filming the movie and how he thought it was more than just a “coming of age” film!

“It’s got so much heart, to me. It’s not about the sensuality; it’s really about people trying to find themselves—this young dance instructor feeling like he’s nothing but a product, and this young girl trying to find out who she is in a society of restrictions when she has such an amazing take on things. On a certain level, it’s really about the fabulous, funky little Jewish girl getting the guy because what she’s got in her heart.”

When Kenny Ortega and his assistant Miranda Garrison were trying to find the perfect song for the finale, “The Time of My Life,” ended up being the best choice! The music supervisor, Jimmy Ienner immediately wanted Bill Medley and Jennifer Warnes to record it but The Righteous Brothers singer was a bit skeptical.

10. The title came before the plot

Usually, the title is the last thing to be decided  but I guess they really wanted a story to go with the title Dirty Dancing! When producer Linda Gottlieb sat down with Eleanor Bergstein, the writer said, “I don’t really have a story, but it should involve Latin dancing…” 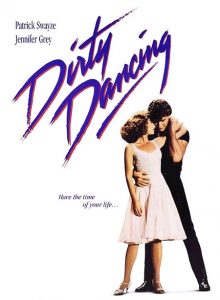 Then she started talking about her childhood, saying, “I grew up in Brooklyn, my father was a doctor, I was one of those kids who used to go across the tracks to go dirty dancing.” Immedietely, Gottlieb replied, “That’s a million-dollar title! Now we’ll figure out the story.” She definitely was right about it being a million-dollar title!

One of the most popular lines from Dirty Dancing was when Johnny says, “Nobody puts Baby in the corner,” during the end-of-season talent show. In fact, it was so iconic that it was seen a lot in pop culture, including being used in song lyrics and TV shows.

Filming started on September 5, 1986, but the weather wasn’t being really cooperative and it caused a lot of delays in production. While they ended to have everything done by autumn, the shooting schedule ended up being pushed in fall and the set decorators had to spray-paint the colorful leaves green. 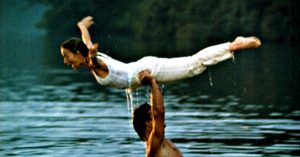 13. The lift was performed once

Remember how in the movie, Baby was really nervous about performing the lift? Well, that is actually what happened in real life! After Grey and Swayze did the infamous lift for their audition, Grey never wanted to rehearse it again because it was scary! So when it came time to film that last dance scene where Baby runs towards Johnny and he lifts her up ever so graciously, they only filmed it once for Grey’s sake. Luckily for the director, they nailed it the first time! 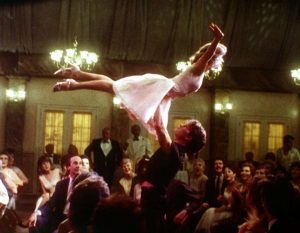